THE ELEPHANT FACT SHEET- things to know about the big brother in the wild!

This Blog is dedicated to my favorite of all! yes, the favorite of all is none other than the greatest of all the Elephant! If you are kayaking in Sri Lanka the most important animal that will have a psychological impact is the elephant. I have been virtually living and kayaking with these magnificent and intelligent animals for quite a long period and I have treated them with due respect.  Today let me brief you about a few myths and facts about elephants.

DISCLAIMER! This data is based on the years of experiences from trackers and morphologists who have shed their knower on this subject. So, let me discuss a few areas which I believe will come in handy to deal with him in the wild!

Elephants are generally regarded as gentle giants. Why would they become enraged to the point of killing? For this, humans can share the blame as elephants get squeezed into smaller and smaller spaces by humans, they will often wander into human places just for survival – looking for food and water. If the villagers tried to chase them from their fields, elephants easily could end up scared and desperate.  They would be probably just lashing out and trying to get away from perceived attacks, a sort of aggressive defensive tactic.

Humans are largely responsible for the human-elephant conflict

Elephants need a large space to roam, with lots of vegetation and abundant water supplies to help them digest all that roughage. When those areas are taken up with human crops, elephants are happy to adjust to eating corn or other plants meant for people. Sometimes they become a bit too happy with human foods: They will enter villages and destroy huts or houses if they smell food, says Marshall Jones, senior conservation adviser at the Smithsonian Conservation Biology Institute.

According to Gay Bradshaw, an elephant behavior expert who wrote the book ‘Elephants on the Edge‘ (Yale University Press, October 2009).

“In a situation where an elephant is frightened and frantic, anything that moves is fair game. The elephant’s thought process is: ‘It moves and therefore it’s a threat to me.’

So, you can figure out why elephants attack innocent villagers? Simply they are in the wrong place at the wrong time.

Bradshaw says elephants are simply reacting as people would when under siege. People are shooting, spearing, poisoning the big animals:

“From a psychologist’s perspective, that’s trauma. If you look at elephants and people, that’s the same thing we see with people under siege and genocide.”

Bradshaw likens the conflict between humans and elephants to colonialism, with the people taking over the elephants’ indigenous culture, and with “elephants fighting to keep their culture and their society as they are pushed into smaller places and killed outright.”

You have probably heard the saying,

While elephants are known to have exceptional memories, the truth is that elephants can forget things from time to time. Like, who has not forgotten something here and there? From the time they are born, elephants have to learn so much to survive. Elephant babies have to learn basic life skills similarly to humans. Elephants retain all the information they learn so that they can pass it down to their offspring. (Source Dr. K Mofeld Africa for Elephants)

You are probably wondering, do elephants have good vision? The answer is no, elephants have poor eyesight. Their small eyes and its location limit their vision. These large mammals can only see up to short distances of up to 25 feet away.

Although elephants are massive in size, their eyes are not that big. In comparison to human eyes, an elephant’s eye is slightly larger than humans. A human’s eye is about 2.5 cm (1 in) in diameter.

You have probably never really taken into consideration where an elephant’s eyes are located. Unlike humans, elephants’ eyes are located on the side of their head. The location of their eyes gives them better peripheral vision. This kind of vision gives them the ability to see at an angle rather than a central view.

Elephants can see in the dark- True!

Elephants spend a lot of time eating and stay up at night munching to get enough food. They run on two hours of sleep each night. Since they spend a lot of time in the dark, they need to be able to see in the darkness. Researchers have found that elephants exhibit arrhythmic vision – a vision that changes with the time of day. At the night, elephants are more sensitive to blue and violet lights, making it easier for them to see with less light.

Big brothers in the jungle have good hearing, detecting sounds as low as 14 to 16 Hz (human low range: 20 Hz) and as high as 12,000 Hz (human high range: 20,000). Elephants frequently use infrasonic sounds, which are sounds emitted below the human hearing range, in long-distance communication. Research has shown that elephants are capable of recognizing calls and voices of particular individuals from 1 to 1.5 km (0.6-0.9 mi.) away.

The ears of the elephant are used to funnel in sound waves from the environment, contributing to its keen sense of hearing. In general, animals with large heads and wide-set ears are better adapted for hearing lower frequency sounds because the larger skull encompasses longer ear canals, wider tympanic membranes (the membrane that separates the middle ear from the exterior), and larger middle ears.

Elephants have a keen sense of smell- True!

Elephants can detect water sources up to 19.2 km (12 mi.) away. Their nostrils are located at the tip of the trunk and function in breathing, smelling, and drawing water in to squirt into the mouth. The elephants’ sense of smell is in constant use, with the trunks moving back and forth, detecting new scents and information. Once a scent is drawn in through thee nostrils, there is a series of seven olfactory turbinals, located in the nasal cavity. Turbinals are curls of bone that have millions of olfactory receptor cells associated with them.

If smelling does not provide enough information, elephants may collect the substance with the trunk. Then the chemical information is passed on to its Jacobson’s organ, a chemical detection unit located in the soft tissue of the upper palate (roof of the mouth). The organ is attached to the oral/nasal cavities and primarily functions to detect the estrus (reproductive) status of a female. This behavior is known as the flehmen response and is characterized by the elephant curling its trunk into its mouth

Elephants use trunk and feet to pick senses- True!

These mighty creatures are very tactile in nature. Elephants use all parts of their body to interact with one another in all forms of behavior, including parental-offspring, playful, aggressive, defensive, exploratory, sexual, and anti-predator.

The use of trunk

The trunk is one of the most tactile appendages elephants have. It is used to stroke, touch, explore, caress, or reassure in care-taking and may also be used to slap or block in defense or dominance situations.The trunk is so sensitive to touch that it is capable of perceiving pressure differences as light 0.25 mm (0.01 in.) in depth, which is equivalent to a light brush against the skin. The strength of an elephant’s trunk is capable of lifting weights in excess of 250 kg (550 lb.).

The use of feet

Pacinian corpuscles are also found in the soles of elephant feet, assisting in the detection of seismic vibrations (shaking, vibrating movement of the Earth).

Many animals including elephants survived the Asian tsunami in 2004. It is thought these animals had an advanced warning of the tsunami due to their detection of seismic vibrations. The tsunami’s approaching vibrations were detected by the Pacinian corpuscles in the elephant’s feet and alerted them to the approaching storm.

Join our Mahaweli Expedition for a Once in a Lifetime Experience

I believe now you know something about this magnificent creature and my next blog will link how to use his strengths and weaknesses to avoid and prevent a confrontation with the gentle giant!

Until then stay safe! Use all the precautions to overcome COVID outbreak! 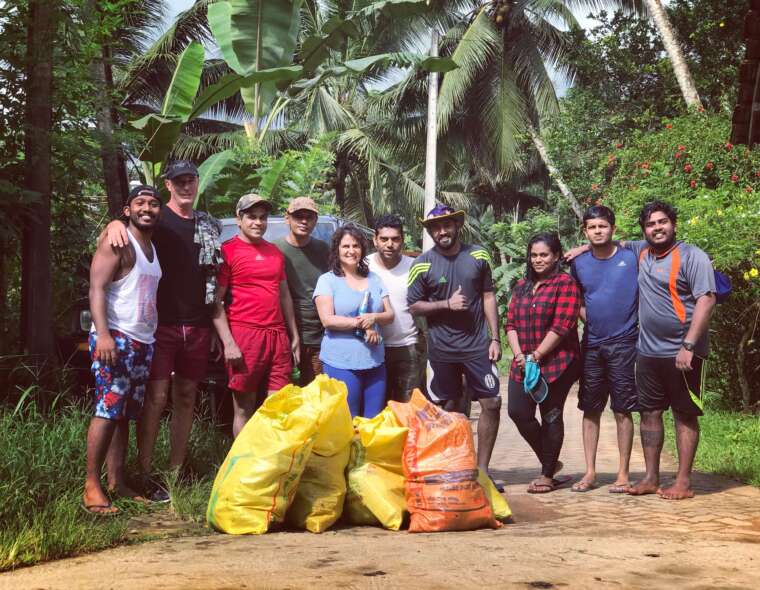 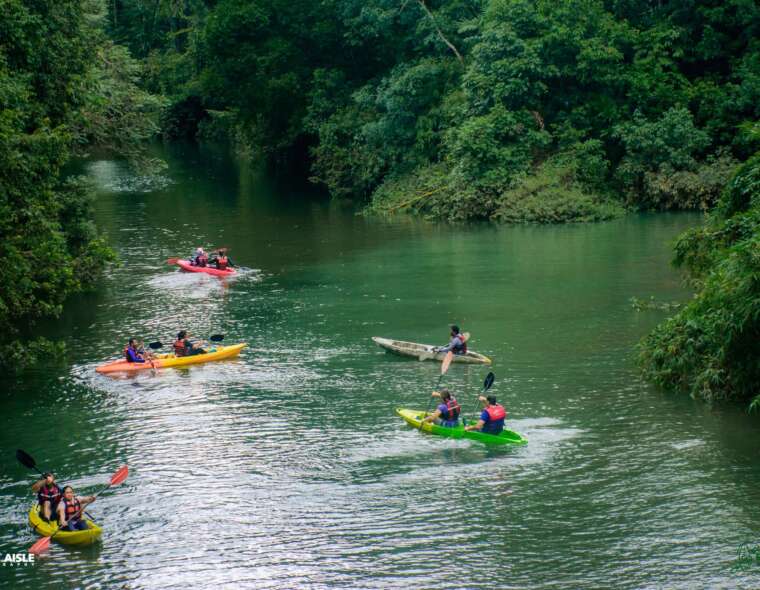 Know your speed and distance – A guide to plan your tours for multiday kayak, Raft and Canoe trips!